Three ways to give

Give in any of the opportunity buckets on the wall or by mail.

We take your digital security seriously. All digital giving is safe and secure.
Give online by clicking the button below.

To be a progressive church that Embraces, Empowers, Encourages, and Equips disciples for Christ-like living and service.

C – CHRIST-CENTERED MINISTRIES We desire specific ministries designed to address the needs of our people and the community that will point them to Jesus.
H – HIS WORD PREACHED AND TAUGHT Our belief and behavior are based solely upon the Word of God and shared in love without compromise.
U - UNCEASING PRAYER We are passionately committed to prayer as the only means of empowerment for all we do. We believe that prayer changes people and changes things.
R – RELATIONSHIP BUILDING We believe that the building of relationships is vital in reaching people for Christ and essential for encouraging our fellow believers.
C - COMMUNITY MINDED We strive to demonstrate the love of Jesus in practical ways to people in our community and offer positive programs that provide help.
H – HOLISTIC PRAISE AND WORSHIP Our worship services are designed to lead believers to active communication, love and reverence to God and to encourage unbelievers to investigate the faith. 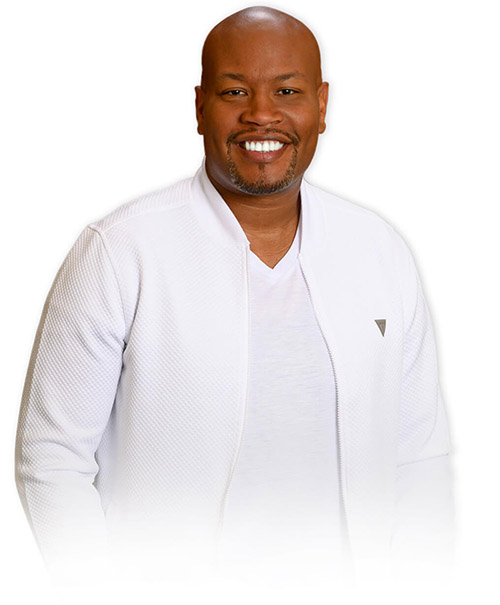 Anointed, Bold, God-focused, Insightful, Innovative, and Creative are all terms used to describe Eric C. Hallback, Sr., Pastor of The Rock Faith Center, El Paso, Texas. A man of modest beginnings obeyed God’s mandate to birth a church that will reach the lives of his generation and beyond.

With the vision of empowering all people to know God through His Word and His works, Eric strives to minister to the “un-reached”. In other words, those people who have either been overlooked, who have had little or no experience with, or those who are disillusioned by the traditions of church. Eric began this journey on January 3, 2010 with 4 initial disciples, and after 12 years, he has been given the awesome responsibility to pastor over 3600 disciples.

He passionately believes in his God-given Vision to embrace, empower, encourage, and equip disciples for Christ-like living and service. This is a Vision that he embodies and expresses. Eric is a gifted preacher/teacher, entrepreneur, life coach, motivator, and a veteran. He is a dedicated husband to Yaisa and is the proud and devoted father of Yazmyne Diamond and Eric II.

Eric serves as the Orphan Care Ambassador in West Texas. He leads his community in meeting the needs of children and families in crisis. He is passionate about prevention of abuse and neglect of children as well as permanency for children who become orphaned due to abuse and/or neglect. Eric is also the former Chairman of The Advisory Committee on Promoting Adoption of Minority Children (ACPAMC), a church/state partnership committed to providing permanent families for Texas children in need of forever homes. Pastor Eric also served on the state board for CASA (Court Appointed Special Advocate).

In one God, the Creator of all things, holy, totally perfect, and existing in a loving unity with the triune (the Father, the Son and the Holy Spirit). With God’s limitless knowledge and sovereign power, He has graciously redeemed a people to Himself for His own glory.
We believe that God has spoken in the Scriptures, both Old and New Testaments, through the words of human authors. As the verbally inspired Word of God, the Bible is without error in the original writings, the complete revelation of His will for salvation, and the ultimate authority by which every area of human knowledge and effort should be judged. Therefore, it is to be believed in all that it teaches, obeyed in all that it requires, and trusted in all that it promises.
We believe that God created Adam and Eve in His image, but they sinned when tempted by Satan. In union with Adam, human beings are sinners by nature and by choice, alienated from God, and under His wrath. Only through God’s saving work in Jesus Christ can we be rescued, reconciled and renewed.
We believe that Jesus Christ, as our representative and substitute, shed His blood on the cross as the perfect, all-sufficient sacrifice for our sins. His atoning (agreed) death and victorious resurrection constitute the only ground for salvation.
We believe that the Holy Spirit, in all that He does, glorifies the Lord Jesus Christ. He convicts the world of its guilt. He regenerates sinners, and in Him they are baptized into union with Christ and adopted as heirs in the family of God. He also indwells, illuminates, guides, empowers and equips disciples for Christ-like living and service.
We believe in the sanctity of marriage, defined as the union of one man and one woman for life, and in the sanctity of human life, both before and after birth.
We believe that the true church comprises all who have been justified by God’s grace through faith in Christ alone. They are united by the Holy Spirit in the body of Christ, of which He is the Head. The true church is manifest in local churches, whose membership should be composed of believers. The Lord Jesus mandated two ordinances, baptism and the Lord’s Supper (Communion), which visibly and tangibly express the gospel. Though they are not the means of salvation, when celebrated by the church in genuine faith, these ordinances confirm and nourish the believer.
We value the Gospel. It is our mission to share the good news of Christ with people around us and people around the world.
We believe that God’s justifying grace must not be separated from His sanctifying power and purpose. God commands us to love Him supremely and others sacrificially, and to live out our faith with care for one another, compassion toward the poor and justice for the oppressed. With God’s Word, the Spirit’s power, and fervent prayer in Christ’s name, we are to combat the spiritual forces of evil. In obedience to Christ’s commission, we are to make disciples among all people, always bearing witness to the gospel in word and deed.
We believe in the personal, bodily and predestined return of our Lord Jesus Christ. The coming of Christ, at a time known only to God and not by man, which will demands constant expectancy and hope that motivates the believer to godly living, sacrificial service and energetic evangelism.
We believe that God commands everyone everywhere to believe the gospel by turning to Him in repentance and receiving the Lord Jesus Christ as their personal savior. We believe that God will raise the dead and judge the world, assigning the unbeliever to condemnation and eternal conscious punishment. The believer however to eternal joy with the Lord in the new heaven and the new earth, to praise and live with God forever in His glorious grace. Amen

A man of modest beginnings obeyed God’s mandate to birth a church that will reach the lives of his generation and beyond. With the vision of empowering all people to know God through His Word and His works, Eric strives to minister to the “un-reached”. In other words, those people who have either been overlooked, who have had little or no experience with, or those who are disillusioned by the traditions of church. 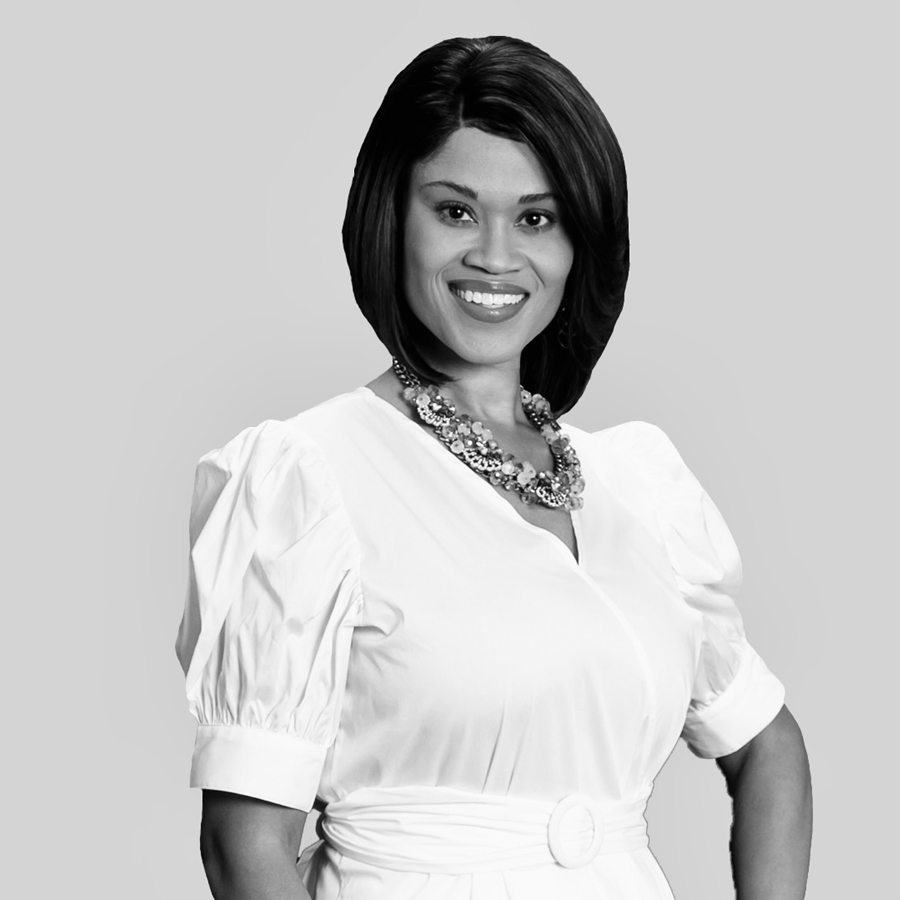 Alongside her husband, Yaisa is committed to serving The Rock and the people in the community by helping them discover salvation through an intimate relationship with Jesus Christ. She also serves as our Women’s Ministry Leader and oversees the finance and budgeting ministries all while being a devoted wife and mother. 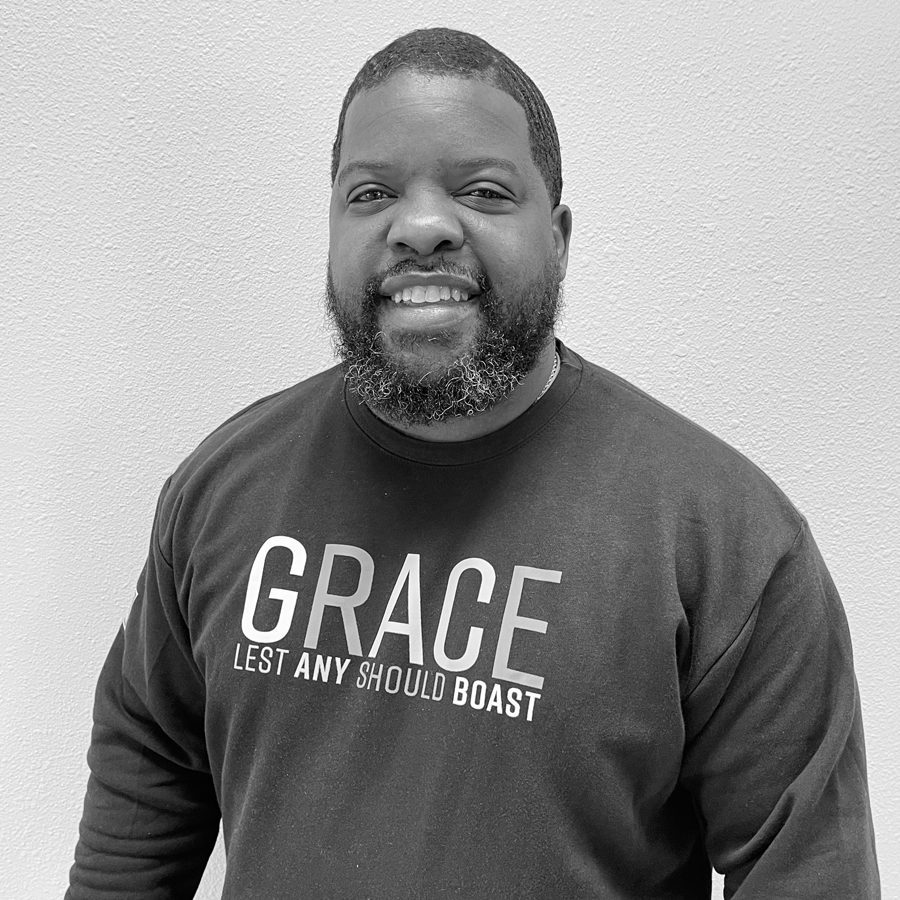 Jason is our Children’s Pastor (ages 0-11) and teaches weekly in Rock Kidz. He is passionate about the spiritual development of our children and works along with awesome servants who are trained proficiently in the areas of the Children’s Ministry. All servants work to maintain a safe and comfortable environment for your little ones. Your children will be taken care of by caring individuals in our nursery, toddlers and kids classrooms, all while learning the Word of God. 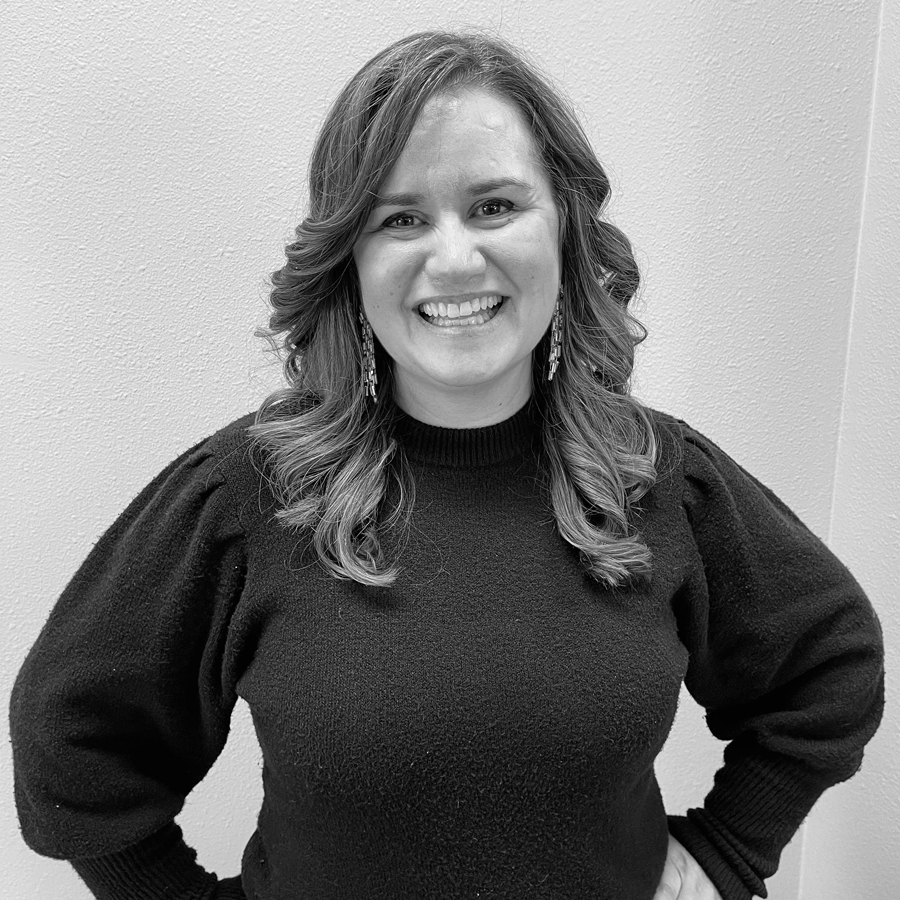 Linda handles the day-to-day needs of the church. She ensures all church affairs are taken care of and follows up with vendors, contractors and keeps the pastors’ schedule aligned. She oversees all church operations, strategic planning, administration, finances and human resources to achieve their vision and mission of The Rock.

Yazmyne plays a significant role in setting the atmosphere during our worship experiences and events as our Worship Leader. She is responsible for building and training our worship team to meet and exceed the expectations of all who attend. She also works with our Rock Band and all other ministries for our weekly services and special events. 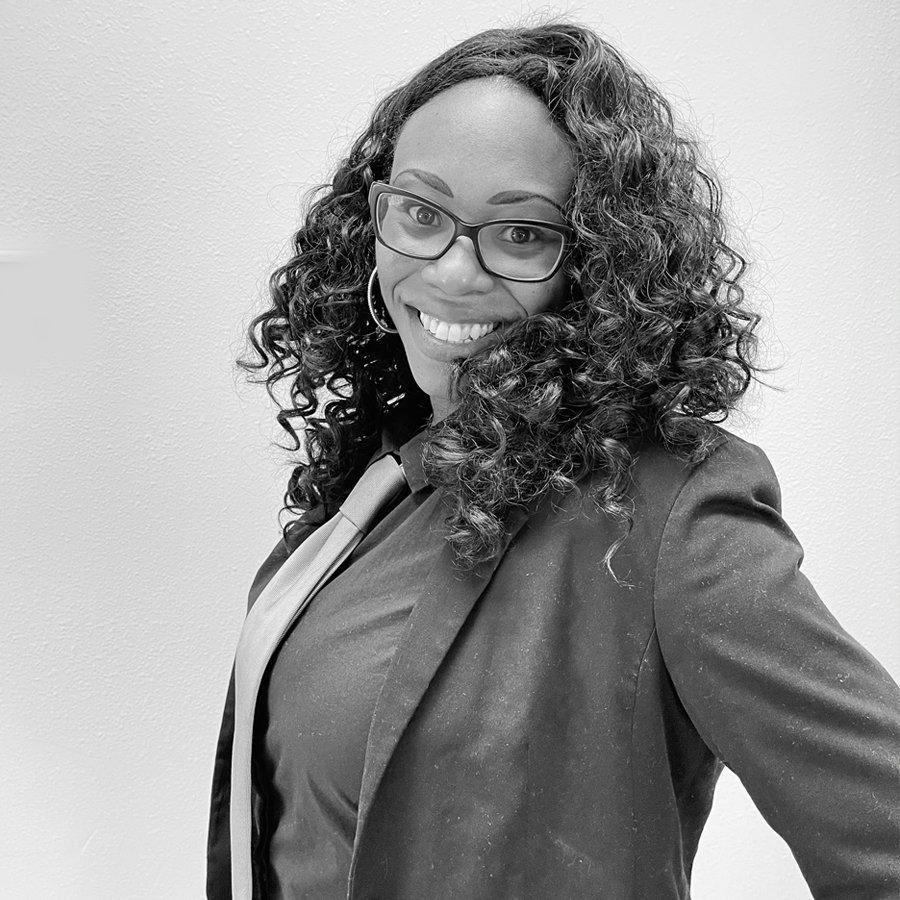 Tenaya’s primary role is to establish and foster exemplary relationships between The Rock and its disciples and guests. As the Rock Life pastor, Tenaya gets the opportunity to walk hand and hand with every new disciple through the connection process assuring that each person’s transition to a specific area of ministry is a smooth one. She has a heart for people and it shows. Tenaya oversees a variety of our first impact ministries. 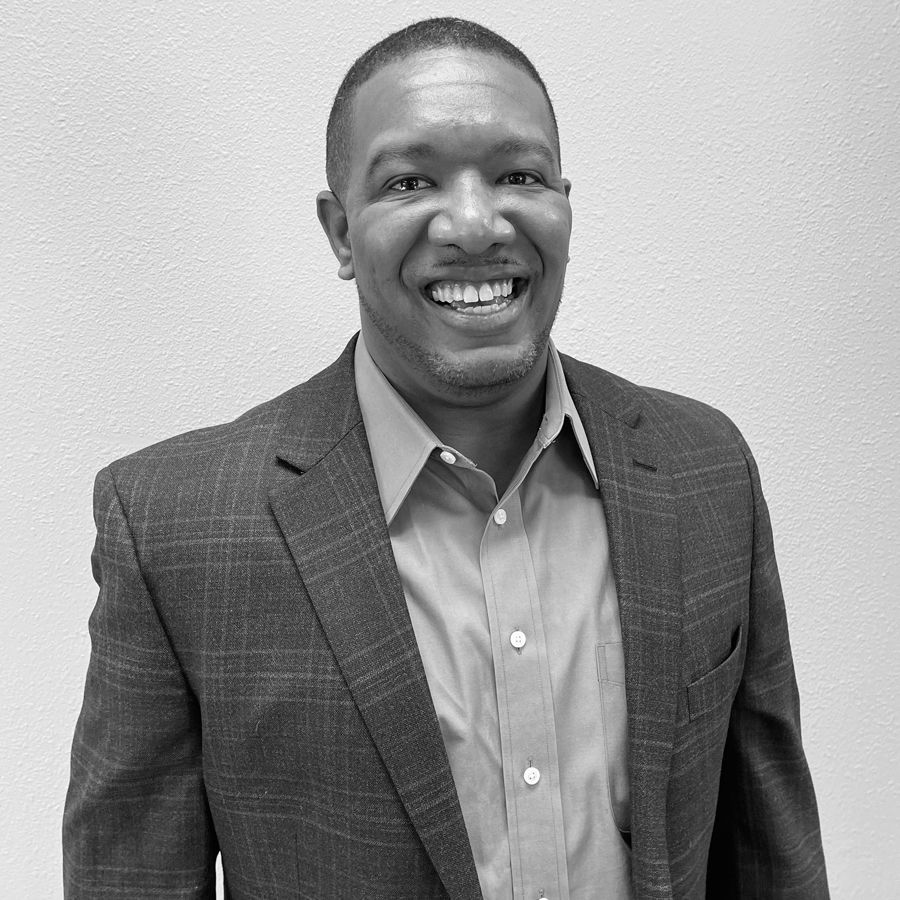 Mike is responsible for humanizing the digital experience of The Rock. He adds a personal element to the online experience that might otherwise be just a screen and a message. He works to reach those outside of worship and opens the door for one-on-one personal discipleship. 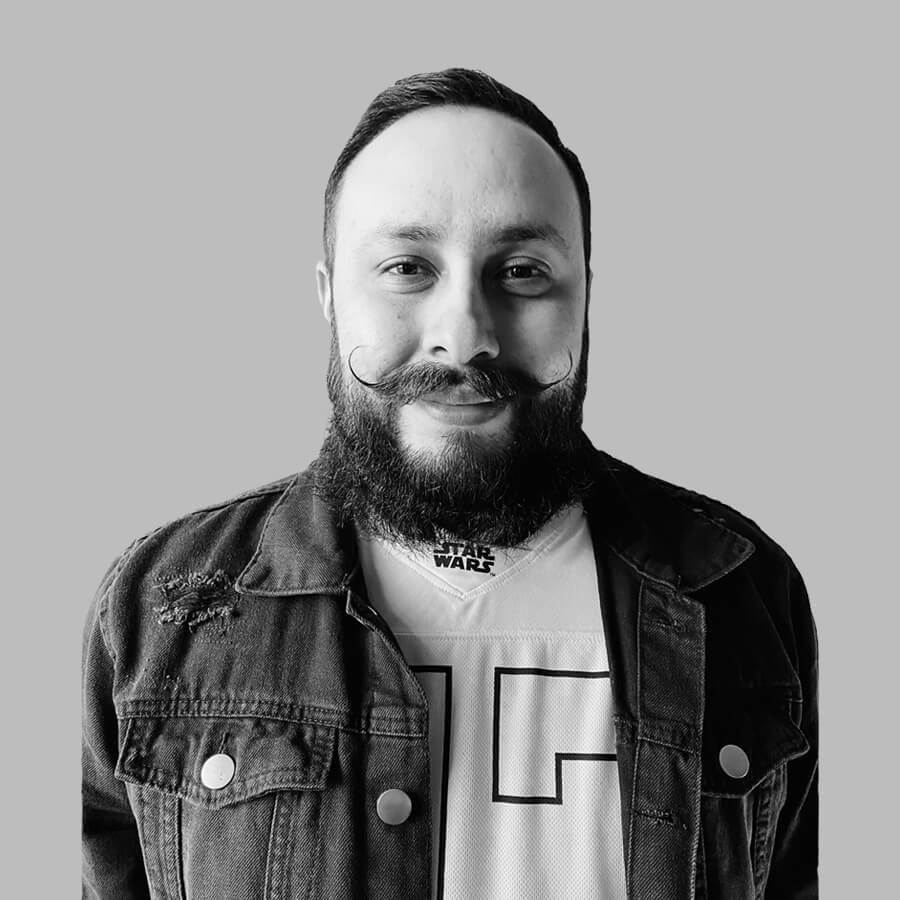 Jon creates an atmosphere of celebration and reverence to God through music for all worship services. He leads and directs the musicians to foster an innovative, blended style of music to enhance and support the worship experience at The Rock. 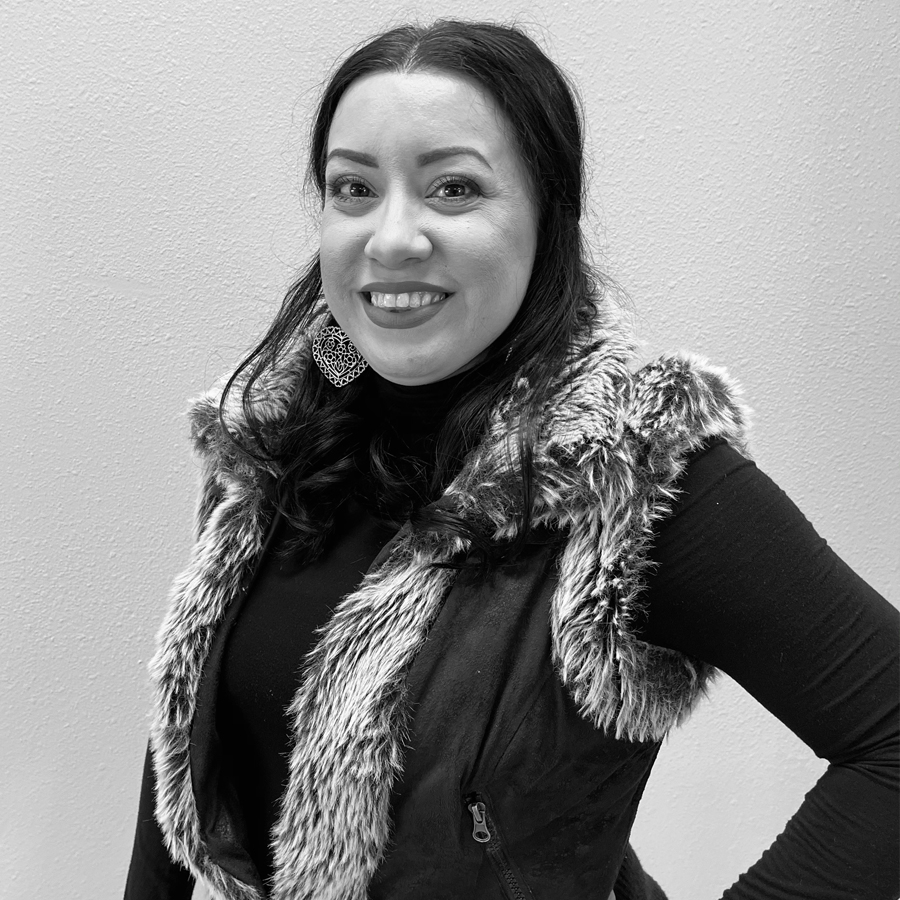 Diana is responsible for administrative support of the Executive Staff, including the management of daily schedules, preparing reports, filing and organizing documents, recording meeting minutes, and performing basic bookkeeping tasks. Diana’s role is significant in the readiness of The Rock. 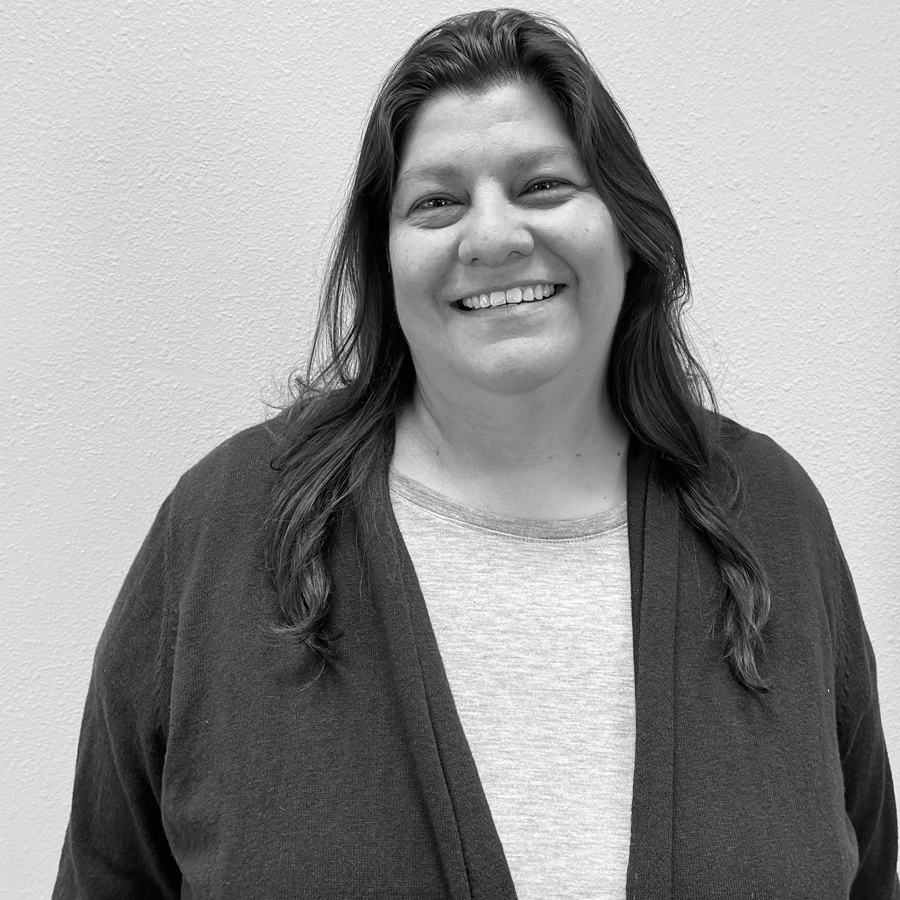 Melissa provides excellent care and ministry to infants and toddlers during worship services and other events at The Rock. She is responsible for recruiting, coordinating, training, and leading Rock Kidz servants to care for our children. She oversees the curriculum, preparation, and safety of all of Rock Kidz. 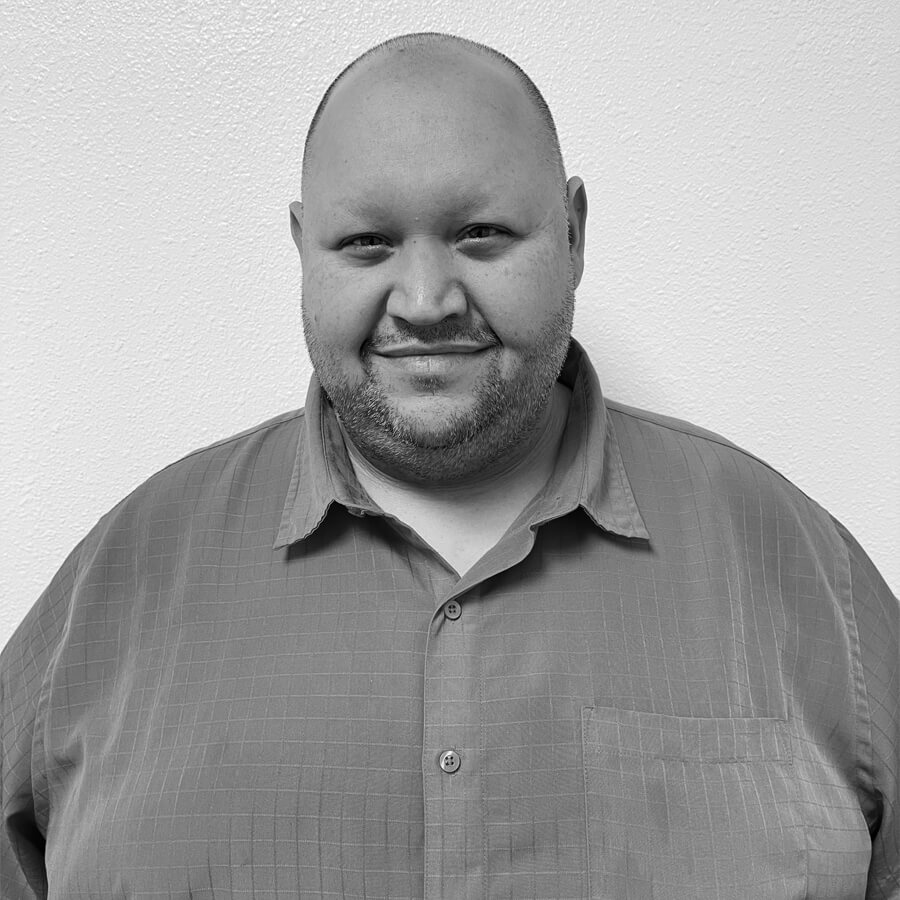 Ivan provides for the ministry a creative and collaborative approach to creating ideas, concepts, and messages into consistently powerful and engaging visual expressions for print and digital platforms. 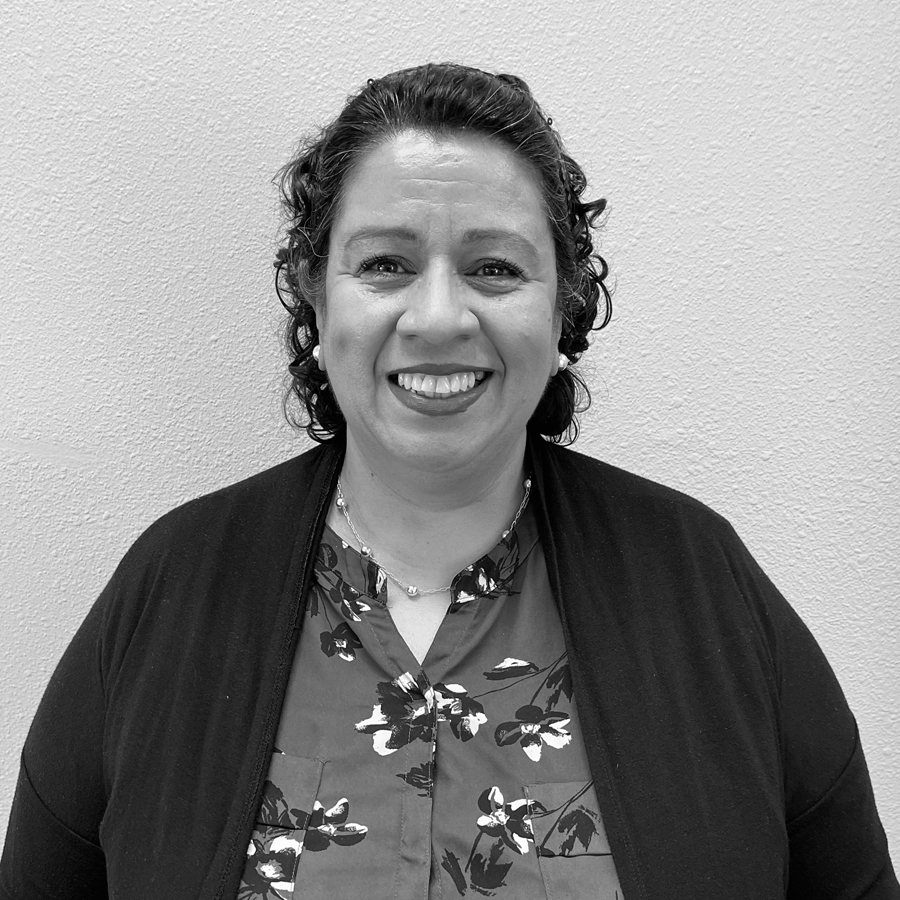 Maria is the link between our church staff, the congregation, and the community as she serves as a gateway to those who call or come into our church on a daily basis. She is responsible for creating a positive and impactful environment for the church and its ministries. She also provides direct support to our administrative and executive staff and serves as the interpreter for worship services and all administrative needs.